Short Biographies of our Authors

Stefan G. Meyer earned a Masters degree in Near Eastern studies from the University of Michigan, a Ph.D. in comparative literature from Rutgers University, and published a scholarly book The Experimental Arabic Novel (SUNY Press, 2001). He is also the author of The Life-Sentence and The Karma Seeker, the latter under the pseudonym Kip Morgan. He is a practitioner of the Ancient Science of the Cards, and maintains a website at www.karma-seeker.com, advertising his card reading services. He is currently revising a book on a major aspect of this metaphysical system entitled, The Science of Relationships, for republication, and is also working on a homeopathic recovery journal entitled Dialogue with the Demon. 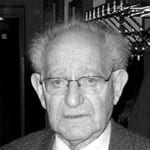 Hajo G. Meyer was born in Bielefeld, Germany, in 1924. In 1939, at the age of 14, he fled alone to Holland to escape the Nazi regime. After the Germans occupied that country, he was captured by the Gestapo in 1944, and survived ten months in Auschwitz. After the war, he studied theoretical physics and became a researcher at Philips Research Laboratories in Eindhoven. He received his Ph.D. in 1956, and in 1974 became managing director of the lab. Retiring in 1984, he became a maker of violins, selling his instruments to professional musicians. Since 2002 he has devoted himself full-time to his work as a publicist and essayist.

Alfred G. Meyer, 1920-1998, received his Ph.D. from Harvard University in 1950.  He taught political science at Michigan State University from 1960 to 1966, and at the University of Michigan from 1966 to 1990. He was a noted authority on Marxism, Leninism, and the Soviet political system, and the author of a number of respected works in the fields of Russian and East European studies and communist political theory. These included Marxism: The Unity of Theory and Practice (1954), Leninism (1957), Communism (1960), The Soviet Political System (1965), and The Feminism and Socialism of Lily Braun (1987). 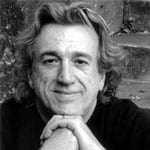 Mario Wirz was born in Marburg in 1956 and has worked as an author, director, and actor. In 1985, he moved to Berlin to be a free-lance writer. His earlier works include several plays and collections of poems, including Und Traum zerzaust dein Haar (And Dreams Tousle Your Hair), 1982, and Ich Rufe die Wölfe (I Call the Wolves), 1993. 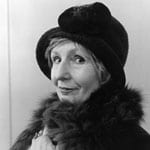 Evelyn Grill was born in 1942 in Upper Austria, and studied law in Linz. She has lived in Freiburg, Germany, since 1986. Her books include Winterquartier (1993), Wilma (1994), Vanitas (2005), Der Sammler (2006) and Schoene Künste (2007).  Winterquartier has been translated into English and published as Winter Quarters, Ariadne Press. 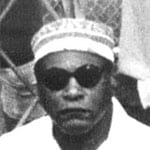 James Edward Allen (1939-2007) was a musician, artist, writer, and career criminal who spent the latter part of his life as an inmate in the Indiana State Prison system. Born in Gary, Indiana, he immersed himself early in a life of drug, sex, and crime, and was eventually convicted of murder. Despite the restrictions of the prison environment, Allen produced numerous pieces of collage artwork, many of which are now part of the collection of the National Afro-American Museum in Wilberforce, Ohio. Big-N-Nothin’, his only novel, is a story of gang life in the black ghettos of Gary and Chicago’s south side during the period of the mid-70s. 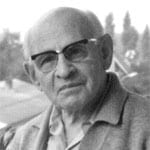 Hans Apel (1895-1989) was a German economist and the younger brother of the musicologist Willi Apel. Born to Jewish parents in Konitz, West Prussia, he studied at the University of Berlin in 1925, and rose to become managing director of a Berlin-based company. In 1935 he left Germany, and finally immigrated to the United States in 1937. He earned a Ph.D. from Boston University in 1945, and was subsequently appointed as assistant professor. In 1948-49, he worked as an associate professor at Middlebury College. From 1950 until his retirement in 1961, he was a full professor and chairman of the Department of Economics at the University of Bridgeport, in Connecticut. He then returned to Germany, and traveled extensively in Eastern Europe in pursuit of his research objectives during a period when travel restrictions on Westerners were strictly enforced. 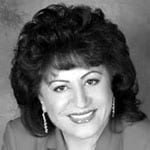