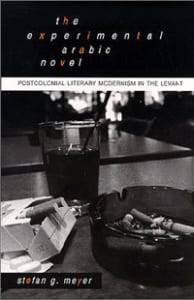 The Experimental Arabic Novel places the modern and contemporary Arabic novel in the context of the modernist-postmodern culture debate in the West. Tracing the development of experimentalism in the modern Arabic novel from the 1960s to the present, Meyer argues that it is possible to speak of distinct literary modernisms that have each evolved with a different set of characteristics, depending upon the nature of their historical antecedents. This approach to postcolonial literature offers a way to compare and contrast it meaningfully with Western literature without relying on inherently Western literary models.

“An exceptionally deep analysis of modernist developments in the Arabic novel of the Levant, evaluating its most recent experimental phase and clarifying the debate about modernism and postmodernism in relation to it among Arab critics, theoreticians, and others.”

“The issues raised have been tackled by leading scholars in the field, but only in piecemeal fashion. The global view attempted here is unprecedented and illuminating.”

– Pierre, Cachia, author of An Overview of Modern Arabic Literature

“Meyer’s analyses of works by twenty-four writers productive from the early 1960s through the end of the 20th century demonstrate an impressive familiarity with contemporary Arabic literature and culture. The broad scope of this study affords [him] the perspective from which to discern patterns and parallel developments of narrative innovation over time and across national lines.”

“An interesting guide to the Arabic experimental novels in English. Readers of English could start here to learn about 24 Arab novelists and the main synopsis of their novels. A good introduction to the subject.

The Experimental Arabic Novel is available in paperback and hardback from Amazon.com

Amazon.com
Back to Our Books page